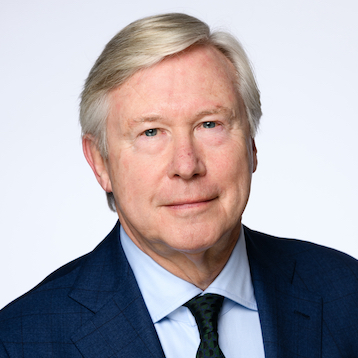 Fons Stollenwerck has many years of experience as a specialist in personal and family law (especially matrimonial property law), inheritance law, and notarial disciplinary law. Fons studied notarial and Dutch law, as well as tax law.

He gained his PhD with an inheritance-law thesis entitled “Het fideï-commis de residuo”. For many years, Fons was an academic employee of Professor E.A.A. Luijten at what is now Radboud University Nijmegen. After spending several years as a junior civil-law notary at the offices of the chairman of the Inheritance Law Committee of the Royal Dutch Association of Civil-Law Notaries (civil-law notary W. Heuff in Arnhem), he moved to the Arnhem District Court (Tax Division). He was then appointed as a judge at the Arnhem District Court. In 1993, he became a partner at Dirkzwager Advocaten en Notarissen in Nijmegen, in which year he also became a deputy judge at the ’s-Hertogenbosch District Court. In 1995, Fons became a partner at what is now known as AKD and a civil-law notary in Dordrecht and, from 2001, a civil-law notary in Rotterdam. He left civil-law practice in 2010, becoming a judge at the District Court of The Hague. At the time, Fons had already been a deputy judge at the Amsterdam District Court (Civil-Law Division) for several years. On 1 February 2020, he stood down from his various positions in the legal system. Since then, Fons has been a barrister at SmeetsGijbels.

Fons is professor emeritus of Estate Planning at VU University Amsterdam, senior lecturer for EPN/Grotius study programmes, a member of the Scientific Advisory Board of the ‘Estate Planners in het Notariaat’ specialist association (EPN), editor-in-chief of the ‘Fiscaal Tijdschrift Vermogen’ publication, a teacher of The Judiciary at the SSR study programme institute, editor-in-chief of ‘Compendium Echtscheiding’ (SDU), the author or co-author of various guides and compendia, and until 1 January 2020, was the chairman of the board of the ‘Stichting tot Bevordering der Notariële Wetenschap’ and of the ‘Stichting Pitlo-Fonds’ foundations. Fons also teaches at various legal study programme institutes. He regularly gives lectures and has a considerable number of publications to his name. He still publishes and gives commentaries on legal rulings on a regular basis. He is a board member of several good-cause organisations.

At SmeetsGijbels, Fons is involved with the inheritance law section and advises clients and his office colleagues on a wide range of matrimonial property and inheritance law matters. He also has a particular interest in notarial disciplinary law.